What’s that smell? The musty odor on towels, tile, and basement walls can be a sign you have a mildew problem. Don’t worry: With a few simple pantry items, you can completely eliminate the odor and stymy future mold growth. Here’s how. 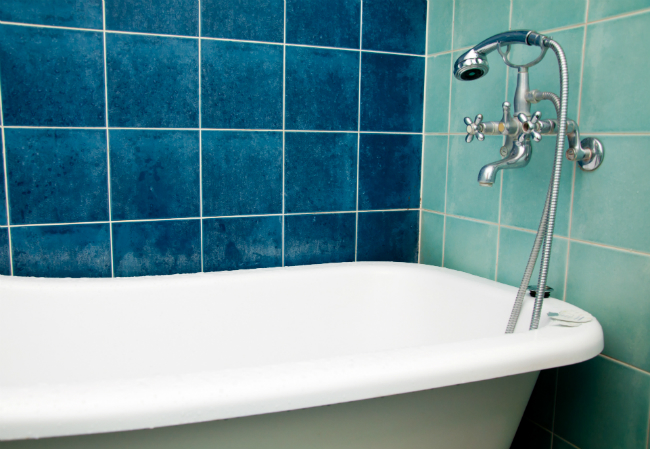 Among household odors, mildew undoubtedly ranks among the worst. And unfortunately, it’s all too common, lurking in the dark, damp corners of your home. If you were looking for a quick fix, there isn’t one. The smell of mildew can literally develop overnight, especially during periods of damp and humid weather. Getting rid of that smell—and making sure it doesn’t return—is an ongoing effort. But luckily, it’s not a particularly difficult effort: You can get rid of that mildew smell pretty easily, using only items found in most pantries, so long as you can identify the source of the odor. That’s the tough part. The rest? Persistence.

Search and Destroy
Sniff around. The first step in getting rid of a mildew smell is to locate the source of the problem. Remove impediments to your search. In the bathroom, that means taking down the shower curtain and temporarily relocating toiletries that would obscure your view of the likeliest breeding grounds (e.g., grout lines or tub caulking). In the basement, pack up old newspapers, cardboard boxes, and any other disposables. Focus your attention on surfaces vulnerable to moisture.

Are you in need of a Chicago Bathtub Refinishing expert?